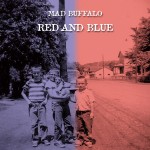 Release Date: Feb. 2012. Out of the “Big Sky Country” comes the new release from Mad Buffalo, Red and Blue, which will be released February 21 and distributed nationally by Burnside Distribution. Red and Blue follows the band’s critically-acclaimed 2008 CD, Wilderness, which No Depression called “beautifully fleshed out, with stellar performances;” while Gritz said of the album: “This is a CD that begs to be heard over and over again … In a five star rating system, this one gets six stars. Six stars beside a full harvest moon hanging over a bison filled prairie. Good stuff.” And Honest Tune summed up its review by stating, “Wilderness is an outright jewel that gets better with every listen … one of the best roots-oriented releases of 2008.” 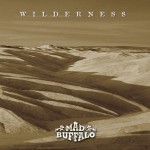 Release date: Sept. 2008. Riviere rounded up the likes of James Burton, Mickey Raphael, Michael Ward, Marty Grebb, and many other greats to give his latest Mad Buffalo effort a serious kick in the pants. 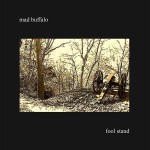 Singer/songwriter, wildlife biologist, Randy Riviere reunites with Michael Ward and other great musicians to develop an organic sound quite fitting with Riviere’s strong environmental themes. The Buffalo will have succeeded if listeners become more enlightened about the fate of our landscape as they enjoy a quality musical experience. 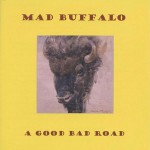 Release date: 2004. Neo-Retro Folk Rock, heavily under the influence of Neil Young and the Beatles… CAUTION: May contain environmental or socio-political overtones…